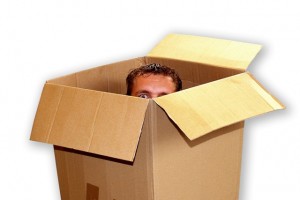 Don’t let the bastards get you down!
Illegitimi non carborundum is a Latin phrase that means “Don’t let the bastards grind you down”. Although the term was not actually used when Latin was commonly used, it was originally coined in World War II, first by the British, then by the U.S., and later by the 1964 presidential candidate Barry Goldwater.

The word “Carborundum” refers to silicon carbide, an industrial abrasive material. “Illigitimi” refers to the term illegitimate, but not necessarily in a derogatory way. So, traveling back in time to the days when Rome ruled the known world would probably not give you much cause to use the phrase “Illegitimi non carborundum”, however it is a LOT of fun to use it now. And it seems so appropriate for so many situations that occur on a near daily basis.

Throughout our lives, we are going to be consistently bombarded by negative people who either disagree with our philosophy or just plain don’t like us. We really can’t let that affect how we feel or act. If we do, then we’ve just abdicated control of ourselves (the only thing we actually can control) to someone else.

We are literally powerless over other people, things, and situations. We can’t control how someone thinks of us and we really should be grateful for that. Even God doesn’t control us, but rather insists on granting us free will. So, why would we presume to be successful at controlling other people?

This doesn’t mean we need to embrace the negative thoughts, words, and actions of those around us. No, we can summarily choose to not let the bastards get us down – illegitimi non carborundum. And this is an important step in emotional maturity and personal development. It’s when we worry more about what we think of ourselves and what God thinks of us than what others think, that we start to be really comfortable in our own skin. We begin to love ourselves as God does.

The challenge for this week is to detach in a healthy way from the negativity of the world and some of those around us and to not let the bastards grind us down – illegitimi non carborundum!